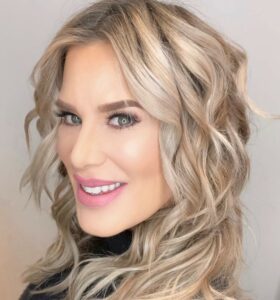 After 12 years of successfully co-hosting ON AIR With Ryan Seacrest on KIIS-FM & nationally syndicated (and 10 years prior with Rick Dees) Ellen was offered her own morning show on iHeartMedia’s sister-station KOST 103.5.
Ellen holds the distinction of being the first (and only) female to anchor a morning radio show with her solo namesake in Los Angeles radio history – and is the longest continuously airing morning radio personality in the #1 radio market.
In addition to her work in radio, Ellen has voiced the Grammys for 10 years as well the Oscars, Emmys, and several other ABC and CBS TV projects.
Ellen launched an annual fundraiser for Children’s Hospital LA on Giving Tuesday which has raised 7 figures for CHLA.
She’s also an Executive Board Member for Loyola High School and serves as the President of the Hollywood Walk of Fame selection committee.
Recently named ‘iHeart Radio Personality of the Year’, Ellen was honored with a Star on the Walk of Fame, and was nominated to the National Radio Hall of Fame.
Born in California, but growing up on the Purdue campus where her father was a Professor. Ellen graduated from Purdue with honors in Communications.
She has 3 rescue dogs and is committed to finding homes for dogs each week through her ‘Wet Nose Wednesday’ radio feature.
Ellen has lived in the Hollywood Hills for the 22 years she has been married with 19 of those years spent adoring her son, Calvin, a Freshman at Stanford University.